Warning: "continue" targeting switch is equivalent to "break". Did you mean to use "continue 2"? in /homepages/12/d621967133/htdocs/clickandbuilds/Nerdhub/wp-content/plugins/jetpack/_inc/lib/class.media-summary.php on line 87
 Nerdhub | The Most Successful Games Funded By Kickstarter
NerdHub

The Most Successful Games Funded By Kickstarter

With the release of Yooka-Laylee, it’s amazing how a little campaign can take off. Two years ago, some fellows that worked on the Rare team have come together to bring back that collect-a-thon nostalgia. Kickstarter has been an excellent platform for game developers and any creative design for that matter.

In this feature, however, I am going to focus on the great successes from Kickstarter and a thumbs up to those who funded them. The focus will not simply be on the money raised, but the sheer popularity and attraction the campaign which brought these wonderful games to life.

Let’s start with the obvious, Yooka-Laylee. As a massive fan of Banjo-Kazooie, and a game I still consider my number 1 game today, you could imagine my excitement when I read some of the past Rare crew were getting together. Yooka-Laylee naturally takes strong influences from the bear and bird of yonder years, and it comes to no surprise that the game got backed as quickly as it did. Oh, them feels.

A 1980’s space exploration game that was given a new lease of life thanks to Kickstarter. Elite: Dangerous is the sequel to the 1995 Frontier: First Encounters. The game received generally positive reviews, being called the most thrilling space exploration game out there, however, it did garner some complaints where the developers were thinking about removing the offline mode. Many backers were annoyed with this as there were notifications during the development period of this removal. Frontier offered refunds to those who had not played the alpha/beta modes, but either the game has managed to sell over 2.1 million copies as December 2016. 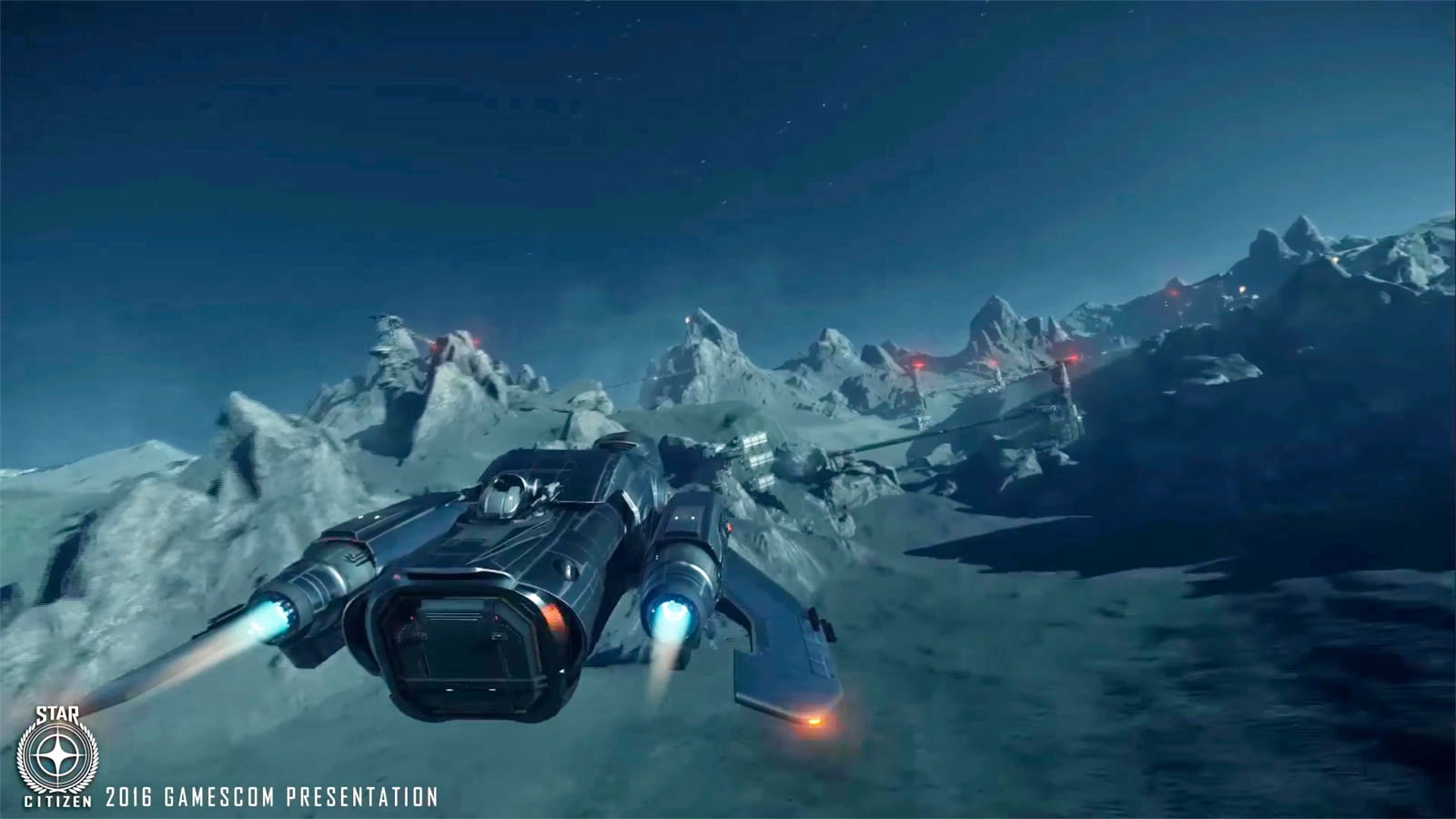 Another space adventure which saw its dreams realised thanks to backers on Kickstarter. Despite it’s funding success on the popular crowd funding site, the game has still not actually been released and remains in development at the time of writing. The last announcement received by any, was that the game was to be released into three smaller releases but since then nothing. Perhaps with the heat of No Man’s Sky, as the game has been compared to both NMS and Elite Dangerous, the developers are taking their sweet time making sure to deliver on their promises.

8 bit games have definitely seen a resurgence over the last few years with titles like, Super Meat Boy & Fez people can’t get enough of the old-school feel. A successful iteration of the generation of old is Shovel Knight. Shovel Knight was heavily inspired by the game play and graphics of the Nintendo Entertainment System and has been praised for its controls and appearance. Naturally. Despite being released in 2014, there has still not been any word of a sequel, that’s not to say there won’t be.  However, the legacy of Shovel Knight lives on as he is set to make an appearance as an NPC in Yooka-Laylee, another Kickstarter alumni. Long live the sprites.

The Shenmue franchise began in 1999 and it had a sequel in 2001. The acclaimed RPG follows Ryo Hazuki’s mission across Asia to avenge his father. Shenmue, back in 1999, was one of the first open-world games, which in today’s market is highly saturated. It comes to no surprise that 14 years late Shenmue 3 hit its funding goal in July 2015. The campaign reached its initial $2 million goal in just under nine hours. Fans of the series, and Kickstarter donatees, can expect to get their hands on it in December 2017.

Not the biggest in terms of figures, but certainly a game that has caught the attention of big Youtuber across the globe. The game a 4-player online game, whether with friends, or strangers. You enter each level and pick a death-like item from the party box and place it in the level. The aim of the game is to get the others to fall victim to your trap placements and you reach the flag at the end. I’m a big fan of this game, it’s harmless fun and brings a chaotic good to gaming.

There are a very select few chosen from Kickstarter that have either seen commercial success, raised incredible funds in a short space of time or have become a gaming cultural icon.