Warning: "continue" targeting switch is equivalent to "break". Did you mean to use "continue 2"? in /homepages/12/d621967133/htdocs/clickandbuilds/Nerdhub/wp-content/plugins/jetpack/_inc/lib/class.media-summary.php on line 87
 Nerdhub | 10 Of My Favourite Smackdown Live Superstars
NerdHub

10 Of My Favourite Smackdown Live Superstars

Since the Superstar Shake-up both rosters have changed in some key areas, and that got me thinking, with the new additions to each roster who are my favourites? you may have already read the RAW edition of this article and if you haven’t you should definitely check it out here. 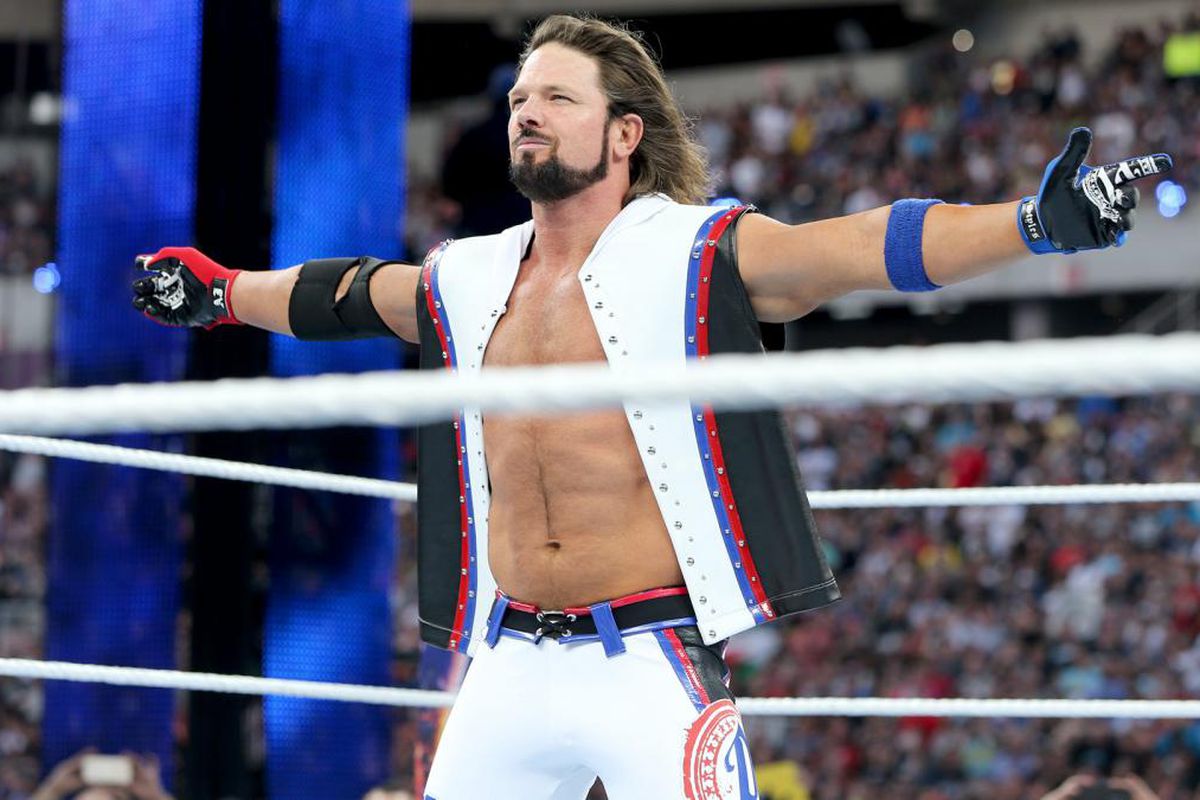 It should come as no surprise that the best wrestler in the world is on this list, he has become the biggest star in Smackdown Live and has earned the right to call Smackdown Live ‘The house that AJ Styles built’

Since joining the WWE I have been impressed with his mic work more than his in-ring work, I used to watch a lot of TNA back in the golden age so I had an idea of what he could do in the ring and he’s gotten better with age.

At the time of writing AJ Styles is heading into a feud with Kevin Owens for the US Championship, I can see them stealing the show for the next couple of months. 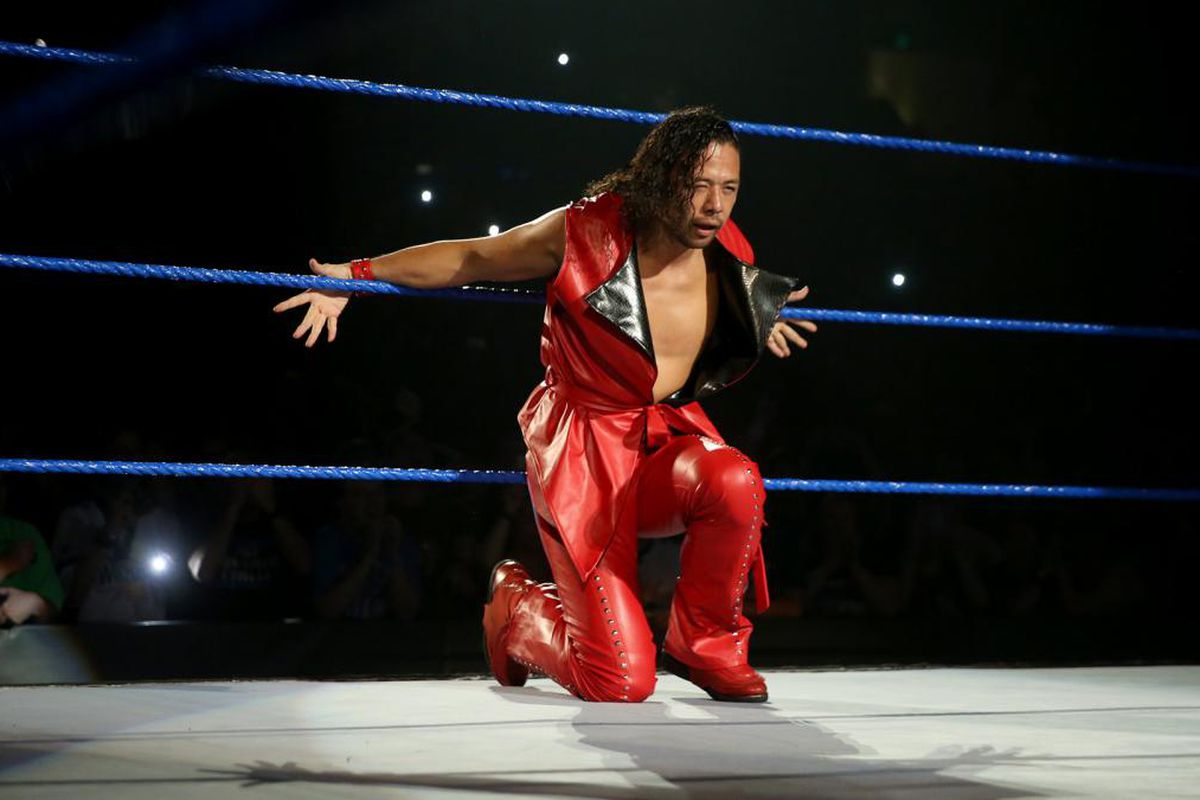 He might not have wrestled on TV as of writing this but there is already so much hype around ‘The King of Strong Style’ it’s hard not to get caught up in it, the rumours are that he will be next in line for the US Championship meaning he should have a strong showing against Dolph Ziggler, but the real match I want to see if Sami Zayn vs Nakamura, Fans of NXT will remember the classic they had back in Takeover Dallas and imagine that with a main roster crowd and potentially a Championship on the line, I’m getting goosebumps. He’s just so good, I’m not a big fan of the ‘Face of America’ gimmick but if anyone can make it work it’s Kevin Owens, it’s going to be interesting to see if he’ll be given a run with the WWE Championship, Smackdown Live is the best place to be if you want a run with one of the big two championships because Brock Lesnar is not losing that Universal Championship anytime soon. When Sami Zayn finally wins a Championship on the main roster the fans are going to go crazy, possibly the biggest underdog since Daniel Bryan, I’m not saying he’ll be as big as Daniel Bryan was but given the right story and right opponents he can be the closest thing WWE can get. Charlotte is the best woman in WWE, being a Flair has set the bar pretty high for Charlotte but if she continues to run through divisions like she is it’s possible that she’ll surpass the championships her father won. Smackdown Live needed a big introduction to the Women’s division and the queen has already made it better. I’m as surprised as anyone that Baron Corbin made this list, I think the thing that sold me on Corbin is his attitude, some might argue that his promos are slow and robotic but I think it suits the character to the ground, I can’t see him getting a championship anytime soon but I can almost guarantee he will be a champion of some kind by the end of 2018, and if you really want to throw this back in my face if I’m wrong you can tweet me @mattjones_1992 Becky Lynch has been the backbone of the Smackdown Live women’s roster since the start and I feel like she’s been a little lost in the shuffle recently, I’d rather see a long feud between her and Charlotte Flair than Charlotte and Naomi.

Someone needs to hit the reset button on Becky Lynch and let her run through jobbers for a while so she can become the suplex machine of the women’s division, let her do that until Summerslam and then start a title challenge that can last until the new year.

Behind every good babyface there needs to be a few things that need to click for them to get over, a good chant however can skip all of that and propel someone to become a fan favourite, the ’10’ chant is just that. 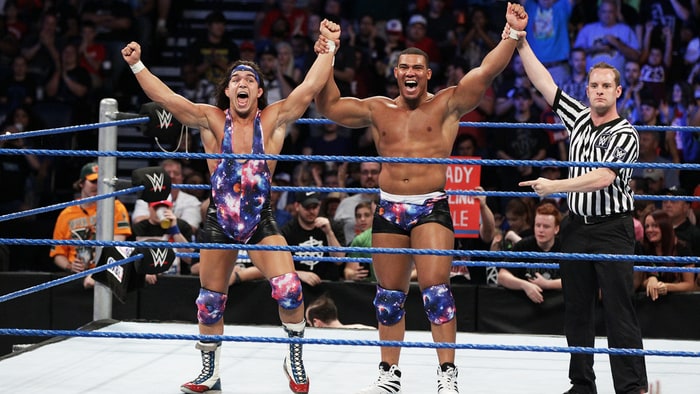 As mentioned previously I’m a big fan of NXT, American Alpha has been utilised poorly since making the jump to Smackdown Live, given the right feud they can become the biggest tag team on Smackdown Live, and yes that includes bigger than The New Day. Another superstar who is yet to wrestle for Smackdown Live at the time of writing this, Rusev is a favourite among the internet wrestling community and I’m no different, I’d love for Rusev to return from his injury and win the WWE Championship, and if we’re all honest it needs a shot in the arm and Jinder Mahal V Randy Orton isn’t exactly at the same calibre as the WWE Championship we are used to, and the fans shouldn’t have to settle for less.

This was a difficult list to make and there are some big names missing so I feel like this is the time to announce the honourable mentions The New Day, The Fashion Police and Randy Orton.